Bears walk on the soles of their soft feet, so they often do not leave distinct tracks unless they walk through soft mud or snow.

Bears have 5 toes on each foot. Their large toe is on the outside of the foot and the small inner toe does not always register.

Footpads are bigger at the outer edges. Front tracks are wider than rear tracks. The small round heel pad of the front foot seldom registers. The rear track is longer because the whole foot, including the heel, registers. They tend to toe-in, especially with their front feet.

Bears often follow deer trails and forest roads, but some trails are used mainly by bears. These consist of a series of depressions created by multiple bears placing their feet in the same footsteps year after year.

Bear trails can be seen where bears approach favorite marking trees. These trails are often especially distinctive because bears frequently stomp-walk as they approach such trees. Stomp-walking is a form of scent-marking in which bears stomp, twist, and slide each footstep. 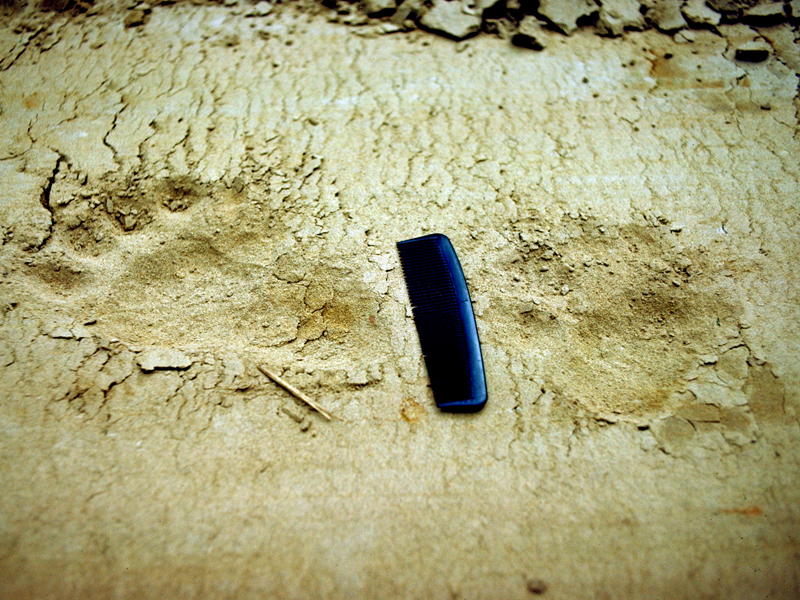 Bears frequently move in an overstep walk, with the rear foot falling in front of where the front foot registered. 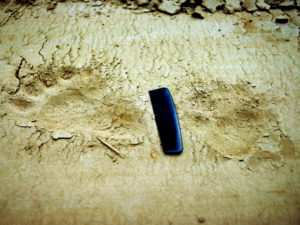 The broadest part of the palm pad is on the outside and the shortest toe, which may not register, is on the inside. 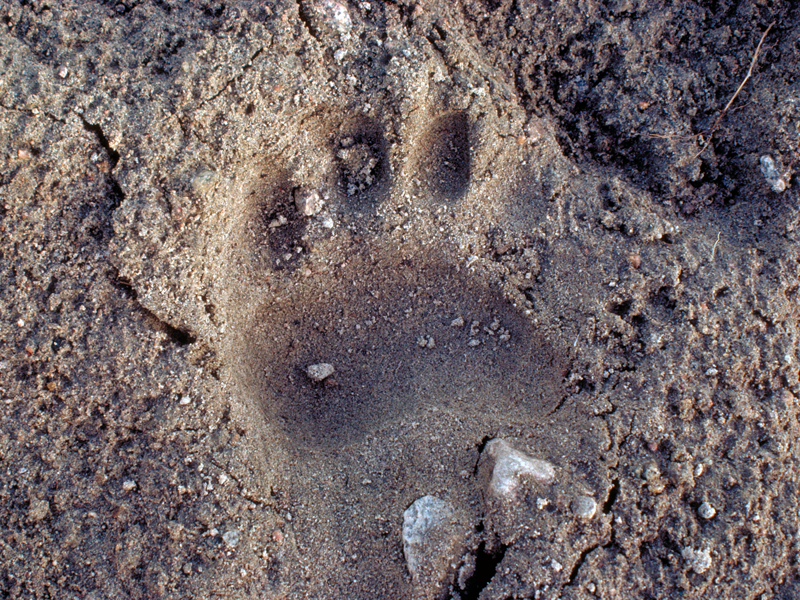 Bears toe-in and walk with most of their weight on the outside of their foot. The imprint of the claws and the smaller inner toe may not register. 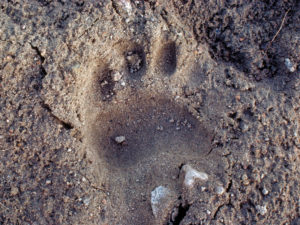 These tracks along a woods road were left by a black bear in a slight over-step walk. Notice the rear track is in front of and slightly overlapping the front track. 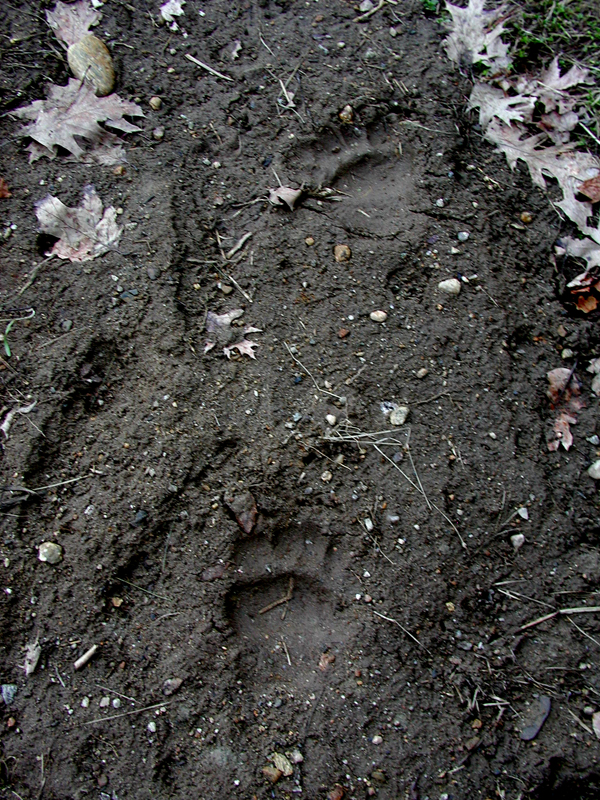 A bear walked in the fine mud of a dirt road. The track sequence from the bottom is left front, left rear, right front. 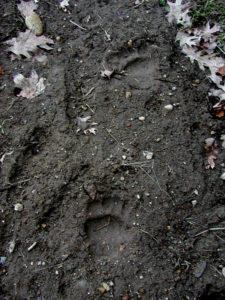 Bear tracks are visible mostly as flat areas in these muddy tire prints. 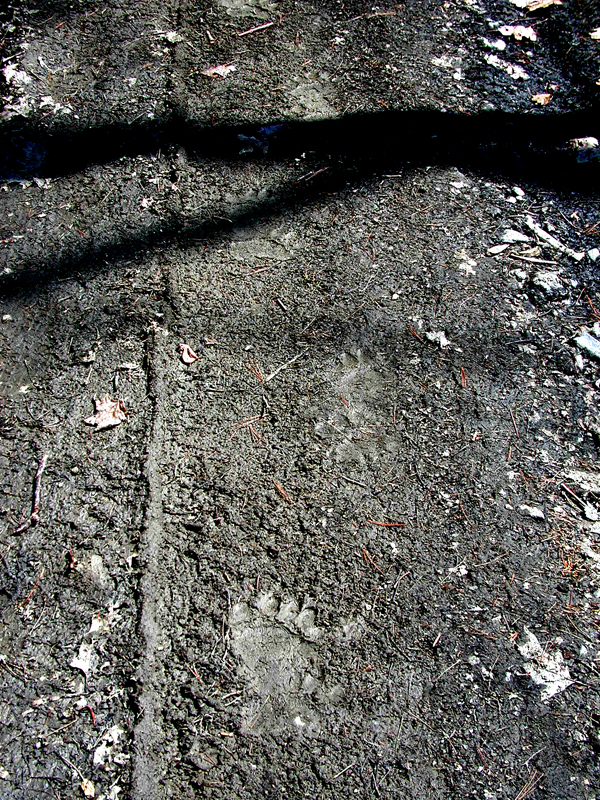 Bears walk in the same tracks of the bears that went before them, leaving a pattern of depressions that last for years, specially near marking trees. 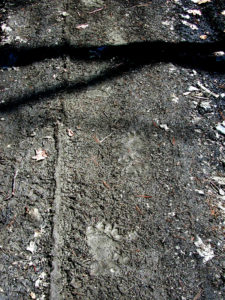 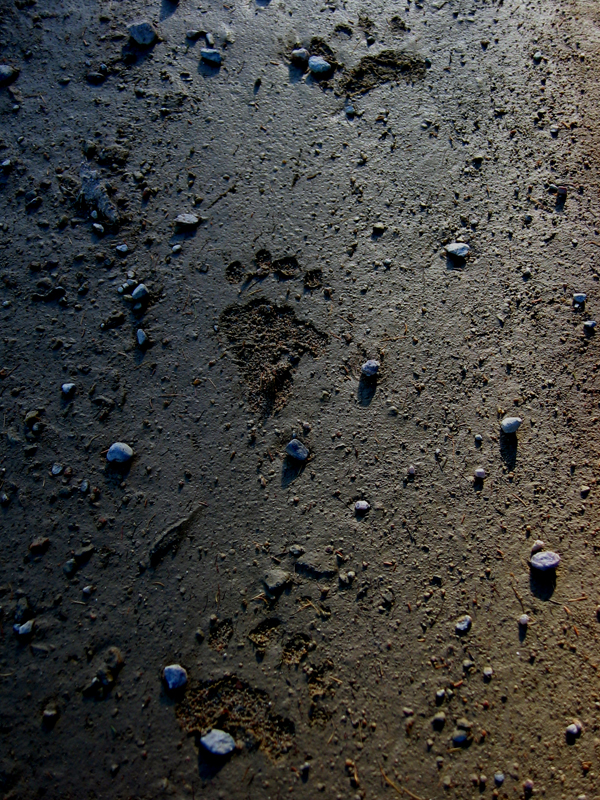 A bear was moving in a brisk overstep walk as it travelled to an oak stand to feed. This track pattern is common on bare ground or in shallow snow. 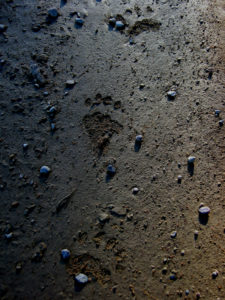 Bears often use a direct-register walk to save energy when traveling in deep snow. They step their rear foot in the track left by the front foot. 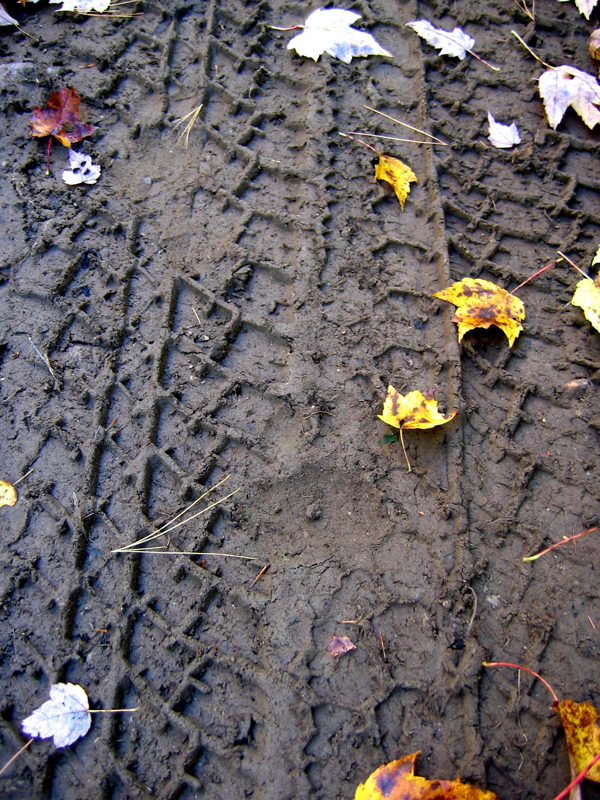 A near-perfect imprint of a hind foot in wet snow. 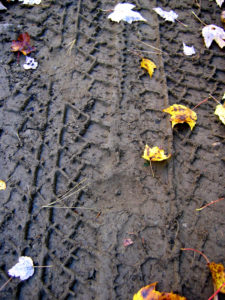 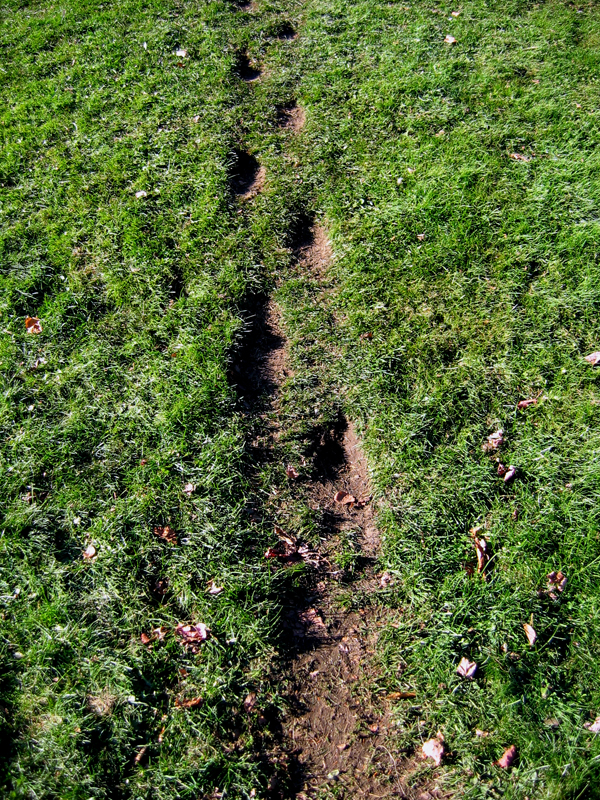 Bears are very agile and often walk the length of logs as they traverse their territory. A bear used this log to cross a stream. 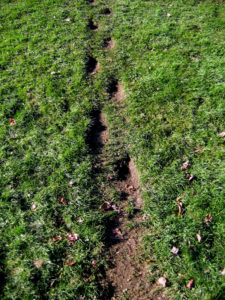 The individual depressions in this bear trail are evident because the goldthread can’t grow where the soil has been compacted by the weight of passing bears. 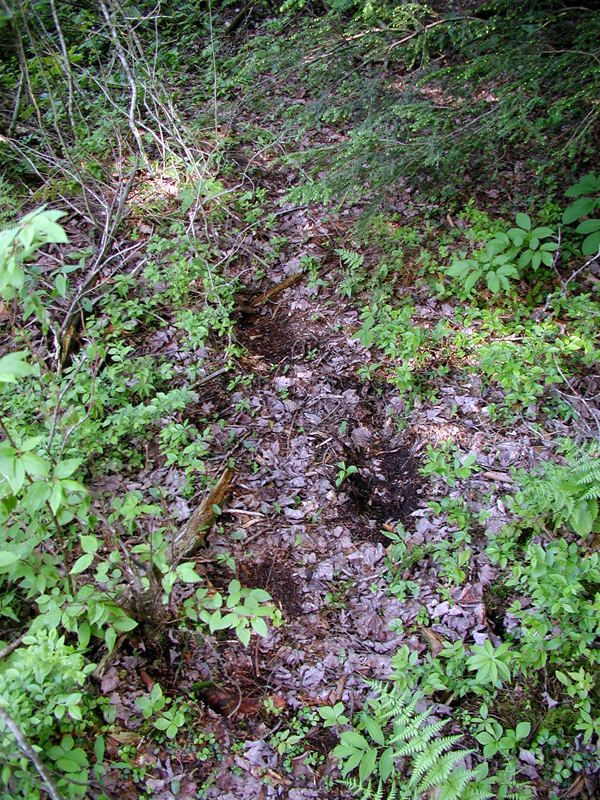 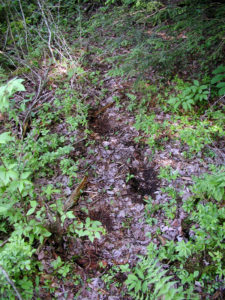 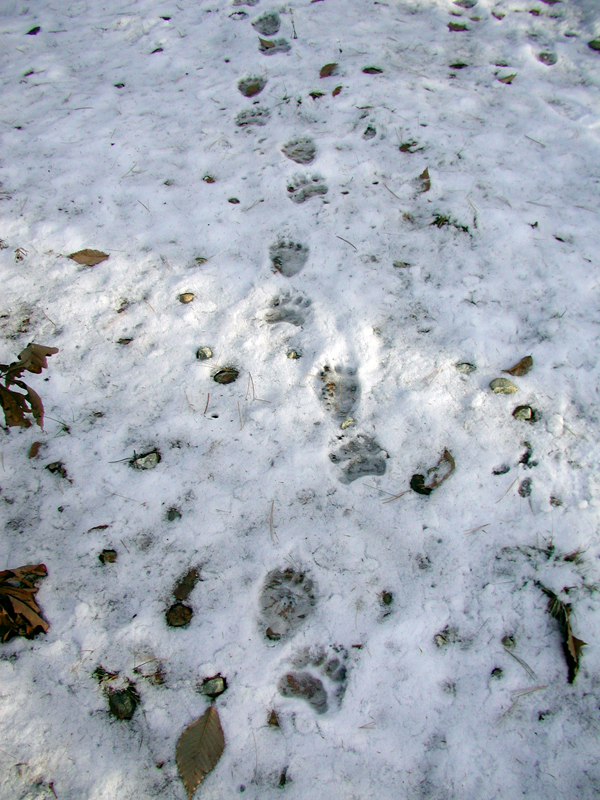